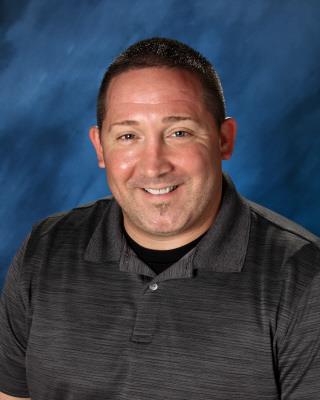 I am ecstatic about being part of the amazing staff, students, and families at Mount Si High School where I teach both AP World History and Big History Project.

Prior to joining the Wildcat's I taught U.S., World, and Washington State History, as well as technology and journalism classes, at Nisqually Middle School in Lacey, WA. for the last 10 years.  I have also coached basketball and baseball at the high school and middle school levels.

My wife, Christa, is a Critical Care/Cardiac ICU Nurse.  We have a 30 month-old daughter named Lonnie (aka "The Lonster") as well as a 18 month-old son named Jack (akak "Bubba" and "BeBo") who are just amazing.  Our son Mackay ("Mac") would have been 2 1/2 years old had we not lost him to Sudden Infant Death Syndrome (SIDS) in 2011.  We also have two "practice children" in the form of Australian Cattle Dogs named "Bitzer" and "Sydney", along with Australian Pythons, North American Boids, and Central/South American Poison Arrow Frogs.

I graduated from Timberline High School in Lacey, WA. where I also played Football (RB/CB), Basketball (PG), and Baseball (SS/2B/OF).  After HS I attended Western Washington University in Bellingham, WA. where I studied History and played baseball.  Later I joined the amazing Master's in Teaching Program (MIT) at The Evergreen State College in Olympia, WA.  In 2011, I earned my National Board Certification (NBCT) in Adolescent and Young-Adult Learners.

I enjoy sports, specifically University of Washington Football and Basketball, Mariners Baseball, as well as our beloved Seahawks.  I look forward to adding Wildcat Athletics to my rabid sports fandom.  Other hobbies include time with friends and family, working with reptiles and amphibians, photography, travel, technology, reading sci-fi/fantasy, politics, and history, watching TV/Film, fantasy sports, time in the great outdoors, and playing basketball and baseball…when my “Ol’ Man” knees allow ; )

Email is the best way to contact me, as I check it religiously, including each evening prior to going to sleep (by 9PM is your best bet, after that I may not respond till the following day).