Every student at Twin Falls Middle School participated in the school's 2nd Annual Science Fair. Approximately 500 projects were on display April 4th up and down the school hallways and commons, showcasing a diverse range of scientific investigations.

"The students began their preparations six weeks ago beginning with choosing a topic area," explained 7th grade science teacher Dawn Frearson. "From their topic of interest, they developed a question which would lead to a controlled investigation. The students were required to follow the scientific method for a controlled investigation and complete their work for the most part in their own time. Teachers supplied resources where needed and offered after-school workshops on Mondays to support the students."

On the night of the fair, 19 judges spent two hours reading the projects, then another 45 minutes coming to consensus about the winning projects. "They said that the work was of really high quality and it was very hard to reach decisions," Frearson added. The judges were members of the school board, district administrators, science teachers from around the district, high school and college students, as well as members of the community who work in science, engineering and marketing fields.

Congratulations to the following students who were recognized for their work:

See photos below of the 2013 TFMS Science Fair, which was supported by the school and PTSA. 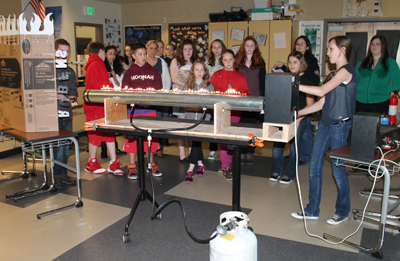 One of the "hottest" exhibits, which won first place among 8th graders, was Annika Laufer's Ruben's Tube. While taking song requests, she showed how sound waves can be seen through flames of fire -- using a stereo and a tube that's filled with propane and oxygen. The frames would change depending on the frequencies of the sounds she'd project. (All within reach of a fire extinguisher, of course.) 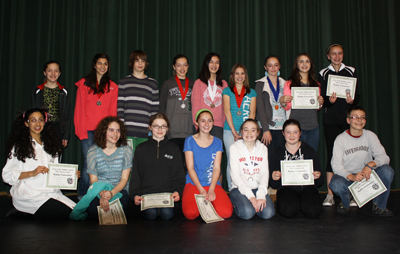 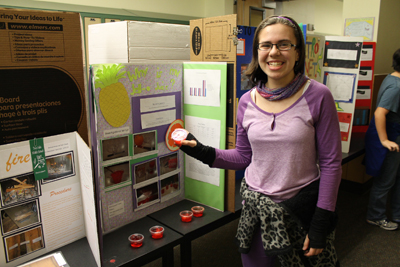