Mount Si High School students in a wide range of clubs and sports have represented the Snoqualmie Valley with great pride, as they've qualified to compete among the talented peers around the state.

Mount Si Debate, following an exciting season of competitions around the state, had two 2-person debate teams qualify for the Washington State Debate tournament. Seniors Jeremy Knight and William Richards, along with brothers Andrew and Ryan Hartman (grades 12 and 10, respectively) competed in the state competition in Tacoma, at the University of Puget Sound last month. Hartman and Hartman advanced past 6 preliminary rounds to quarter finals, and finished among the top eight teams in the state for their skills of persuasion.

The Hartman Brothers went on to qualify for and compete in the national Tournament of Champions (TOC) in Kentucky on April 27-29, 2013 -- placing 9th as a team in Public Forum Debate. Individually, in the Best Speaker category, Ryan was ranked 5th and Andrew 15th. See related story.

Swimmer Alexandria Havas won one silver and three gold medals at the Regional Special Olympics swimming competition in April, and she will advance to the state this spring. Congratulations!

Mount Si Gymnastics Team finished their season as KingCo League Champions, then went on to win the District Championship, and ultimately placed 3rd at State! This was a first-time accomplishment for the team, according to coach/counselor Jessica Easthope. For individual competitions, sophomore Jenn Rogers qualified for event finals, where she tied for 7th on floor, tied for 10th on balance beam, and placed 19th in the state in All-Around. Senior Hannah Richmond qualified for event finals on the uneven bars where she tied for 11th; then place 18th in All- Around with a career high score! 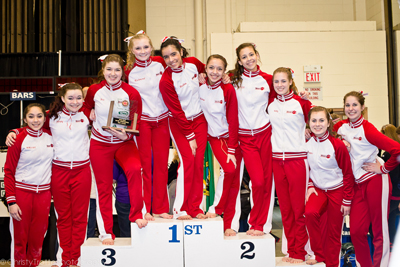 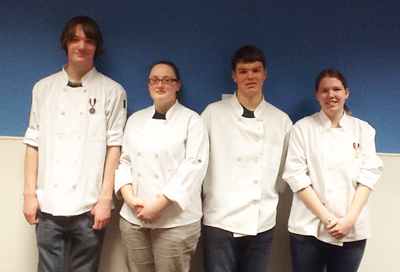 Mount Si Cheer Team earned 1st place at the Washington State High School Cheer competition in January, as announced earlier.This state championship qualified them to advance to nationals in the medium varsity non-tumbling division, where they joined 10,000 cheerleaders from around the country in Orlando, Florida. The team then placed 6th at the National High School Cheerleading Championship! In addition, Mount Si's Cheer Coach Jessii Stevens was recently voted the 2013 Cheer Coach of the Year by the Washington State Cheer Coaches Association.

Mount Si Band student Janna Haskin was moved from 1st alternate to Regional Finalist and will compete on saxophone at State this month at Central Washington University. She will join junior Boone Hapke, who placed first at Regionals in the Bassoon division.  Best of luck to both next week at State!

One more celebration...Knowledge Bowl sent two 5-person teams to the Regional competition in March at Mt. Tahoma High School. Mount Si's "A" team placed 9th out of 35 schools, just missing the cut-off of the top eight teams advancing to state. Students on the "A" team include Jeremy Knight, Will Kramer, Naomi Litwack-Lang, Tyler Moore, and Will Richards. "I am so very proud of all our wonderful academically-strong young people," said club advisor and science teacher Kevin Knowles. "This year showed marked improvement especially with our strong A team moving up six positions from just the year before! Way to go Knowledge Bowl!"