Mount Si High School's Cheer squad earned 6th place at the National High School Cheerleading Championship (NHSCC) in Orlando, Florida, on February 9-10th, 2013! The NHSCC is the most prestigious high school cheerleading competition in the world, and draws over 10,000 cheerleaders from throughout the United States. Mount Si Cheer competed in the Medium Varsity Non-Tumbling division against 29 other teams from around the country and was in 18th place after the semi-final round, explained MSHS Cheer Coach Jessii Stevens. In Finals, however, the team hit a flawless routine and finished in 6th place. Congratulations! 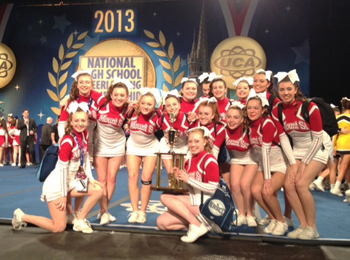 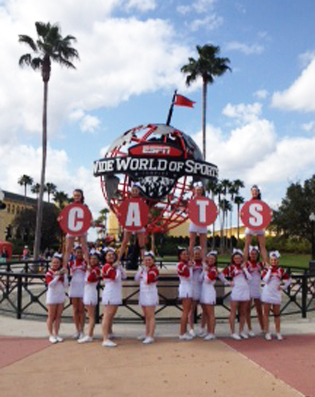 Mount Si Cheer had qualified to participate at Nationals, after winning this year's State Championship at the Washington State High School Cheer Competition on January 26, 2013. (See details below.)

As the 2013 State Champs of the 2A/3A/4A Medium Varsity division, the Red Cheer team will next head to Orlando, Florida to compete at High School Nationals on February 9-10, 2013.

"In the past four years, Mount Si Cheer has earned numerous 2nd place finishes, but has never won a State Title! I'm very proud of everyone," said their Coach Jessii Stevens.

Also, three cheers for the Mount Si Silver team which placed fourth in State in the 3A/4A Non-Tumbling Division! 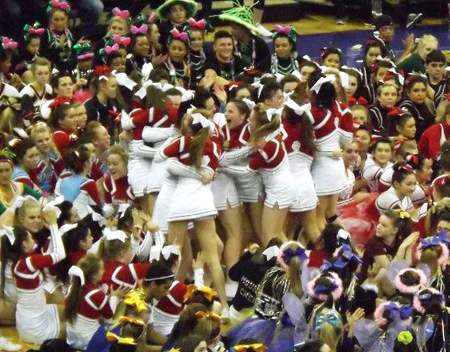 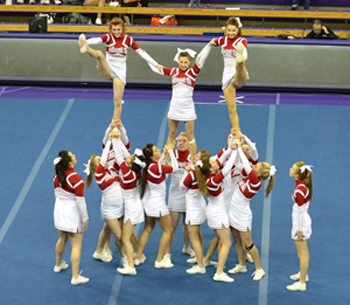 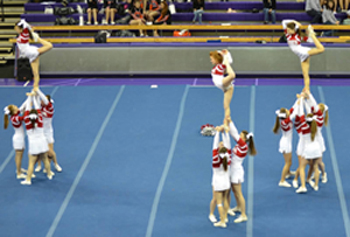