Mount Si High School celebrated its 71st graduation ceremony on June 12, 2015, under sunny skies with the majestic backdrop of Mount Si in the distance. Principal John Belcher led the ceremony and shared many student accomplishments from the Class of 2015 before awarding 356 graduating seniors their high school diplomas. Click here for the list of 2015 graduates.

See below for graduation slide show.
Graduation Highlights: 179 graduates earned academic honors to wear stoles/cords with their graduations robes in recognition of academic excellence (up from 161 last year and 149 the previous year). The top 14% of the class earned the honor to wear gold stoles at graduation for earning at least a 3.8 cumulative grade point average (GPA); those with gold cords earned at least a 3.5 GPA and are graduating with honors; students wearing silver cords achieved a 3.2 GPA. An impressive 50% of this graduating class met the school’s academic honor roll requirements! 85 seniors received the Washington State Honors Award for placing among the top 10% of the Senior Class in Washington State. 19 received the Washington State Principal’s Scholar Award for being in the top 5% of the Senior Class at Mount Si HS.
Three students earned a perfect 4.0 grade point average (GPA) throughout their four-year high school career. As Co-Valedictorians, they earned the top academic rank in their class and the opportunity to be Senior Speakers at the ceremony.
Two students achieved the second highest GPA of 3.993 (with all A’s and one A- in high school), earning the distinction of Co-Salutatorians: Four seniors have chosen the career path to defend our country by enlisting in the military services. Noah Hoover, Jackson Philips, and Will Raymond have joined the United States Army; Issac Corichi will join the Marines. On behalf of our community and country, we appreciate and thank them for the service they will soon provide. One of the highest academic honors in the United States is the National Merit Scholar awards. This year there were 7 recipients who qualified based on high scores on the PSAT exam they took their junior year: Ryan Hartman and Kevin Pusich competed at the highest possible level on Mount Si’s Debate Team. After winning first place in several local tournaments, they won the Washington State Championship, placed 3rd at the prestigious UC Berkeley Tournament, competed nationally at the Tournament of Champions in Kentucky, and will be competing at the National Speech and Debate Tournament in Dallas this summer. In addition, they both earned NSDA Academic All-American Awards which recognize students who have earned a NSDA degree of Superior Distinction or higher, earned a GPA of 3.7 or higher, received an ACT score of 27 or higher, received a SAT combined score of 2000 or higher, and have demonstrated outstanding character and leadership within the debate community. Scholarship awards are key indicators of student success. It takes community support for many to reach college and MSHS has had strong support. The class of 2015 has received an unprecedentd $15.3 million in scholarship money (a 64% increase from last year). Locally, our community contributed $45,000 in scholarships. Thank you on behalf of our students, for the strong community support of Mount Si High School graduates! Another measure of academic excellence is the number of students that took Advance Placement (AP) courses and exams—which is considered the equivalent of rigorous college courses in the high school. 19 seniors earned their diplomas for high school through the Running Start program at Bellevue College, at the same time that they earning 2-year College Associate of Arts and Science degrees. According to Bellevue College, Mount Si High School students earned the most AA degrees of any school in King County two years running. This year’s senior class had the opportunity to earn 2,884 college credits through Mount Si’s Career & Technical Education courses, with an estimated potential savings of $360,500 in college tuition. Sara Lamos and Sean Hyland received the Wildcat Senior of the Year awards. Each year MSHS staff recognize two outstanding students who model integrity, pride, leadership, school spirit and service to their school. In addition to academic excellence, the Class of 2015 represented the community well both in activities and athletics. Each year at Mount Si, 800 students participate in 18 sports. This was the first year that Mount Si competed in the top 4A KingCo League, where the competition was greater and the teams much larger than at the 3A level. 34 senior athletes were scholar athletes earning a 3.5 or higher GPA—something the school is very proud of in its athletic program. Qualifying to compete at State is a great achievement for any athlete, especially in the 4A conference level. Congratulations to the following 7 students for outstanding performances in track, wrestling and gymnastics: Anna McCreadie and Karli White were named KingCo 4A All-league Most Valuable Players (MVPs) in volleyball and soccer. Anna received a full-ride scholarship to Santa Clara University and Karli received a scholarship to Seattle University. 12 Mount Si athletes committed to athletic scholarships, on National Signing Day. They will attend the: University of Washington, Concordia College, Central Washington University, Saint Martin’s College, University of Idaho, Eastern Washington University, Point Loma College, Santa Clara University, Seattle University, Lower Columbia College, and Western Illinois University. In addition to individual athletic achievements, several Mount Si teams had strong seasons. Outside of athletics, there were also notable student accomplishments in other activities.
Looking to the future, this senior class has verbally shared with the school that 60% of this class will attend a 4-year university or college; 14% will attend a 2-year community college; 13 students are going to a technical school; 4 students are going into the military; and, 10% have not shared their plans with the school, or are planning to enter the world of work. 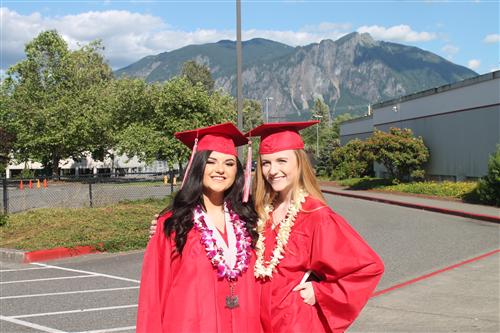 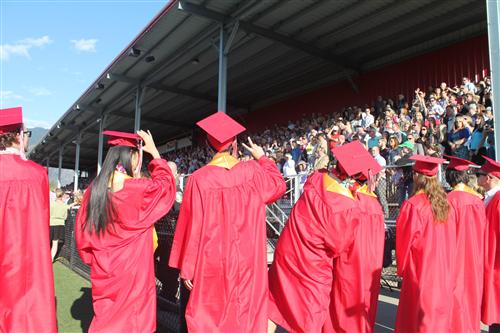 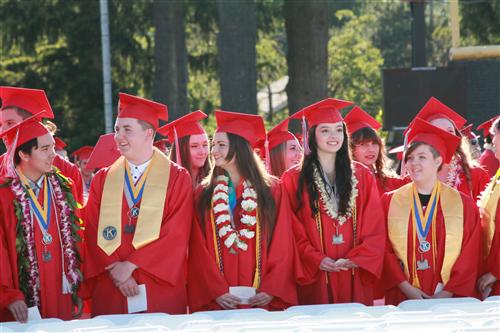 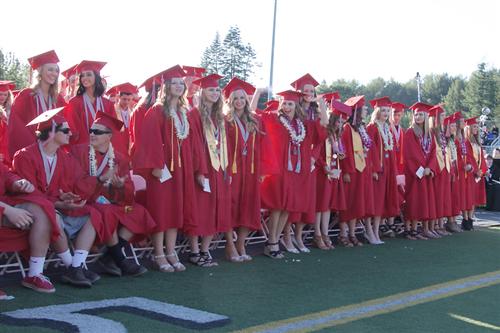 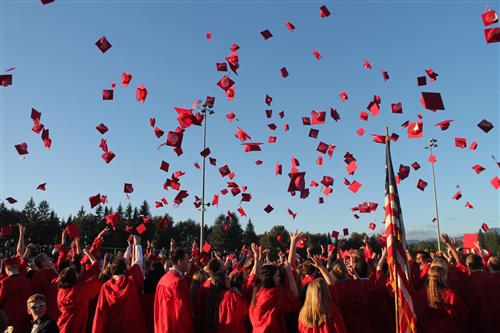