This year, Two Rivers School is proud to have Private Christian Tomlinson raise the American flag in the front of the school most mornings. A senior at Two Rivers this year, Tomlinson is also an Army reservist, who completed basic combat training this summer at Fort Leonardwood, Missouri. He will continue training one weekend a month in Tacoma, Washington, until he graduates from Two Rivers in June. After which, Tomlinson plans to begin advanced individual training in 91 Bravo light-wheeled mechanics. When asked about his decision to join the Army, Tomlinson explained, “Ever since I was a young child, I dreamed of being someone who people would look up to. Our country is great. And I want to give back to my country what it has given me.” Tomlinson’s grandfather, John Hillman, was also in the Army years ago. He was at the school on October 2, proudly watching his grandson raise the flag for Two Rivers School. (See photos below.)
Thank you Private Tomlinson for your service to your school and country! 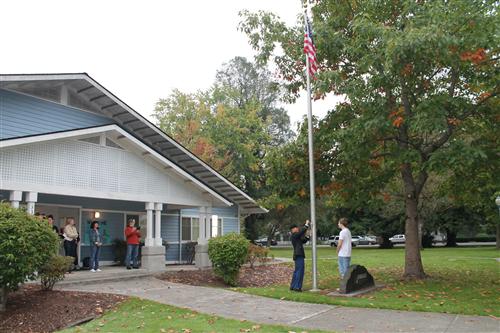 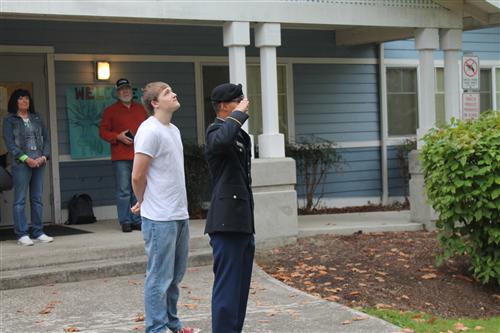